I’m a big estimator (but not connoisseur) of red wine.
A lot of times, during workign dinners, i tried different wines and now i’m able to give some trick about production and the choice. Besides, my grandfather cultivated grapes.

My favourite wines are Merlot and some Nebbiolo. I also like the corse one, for example the red wine in Clos d’Orlea
Here some remarks from a visit in Tenuta Arnulfo, between Barolo and Monforte d’Alba, in 18.11.
In the Barolo’s land official map you can find the resort named “Bussia” in the orange part of the map: 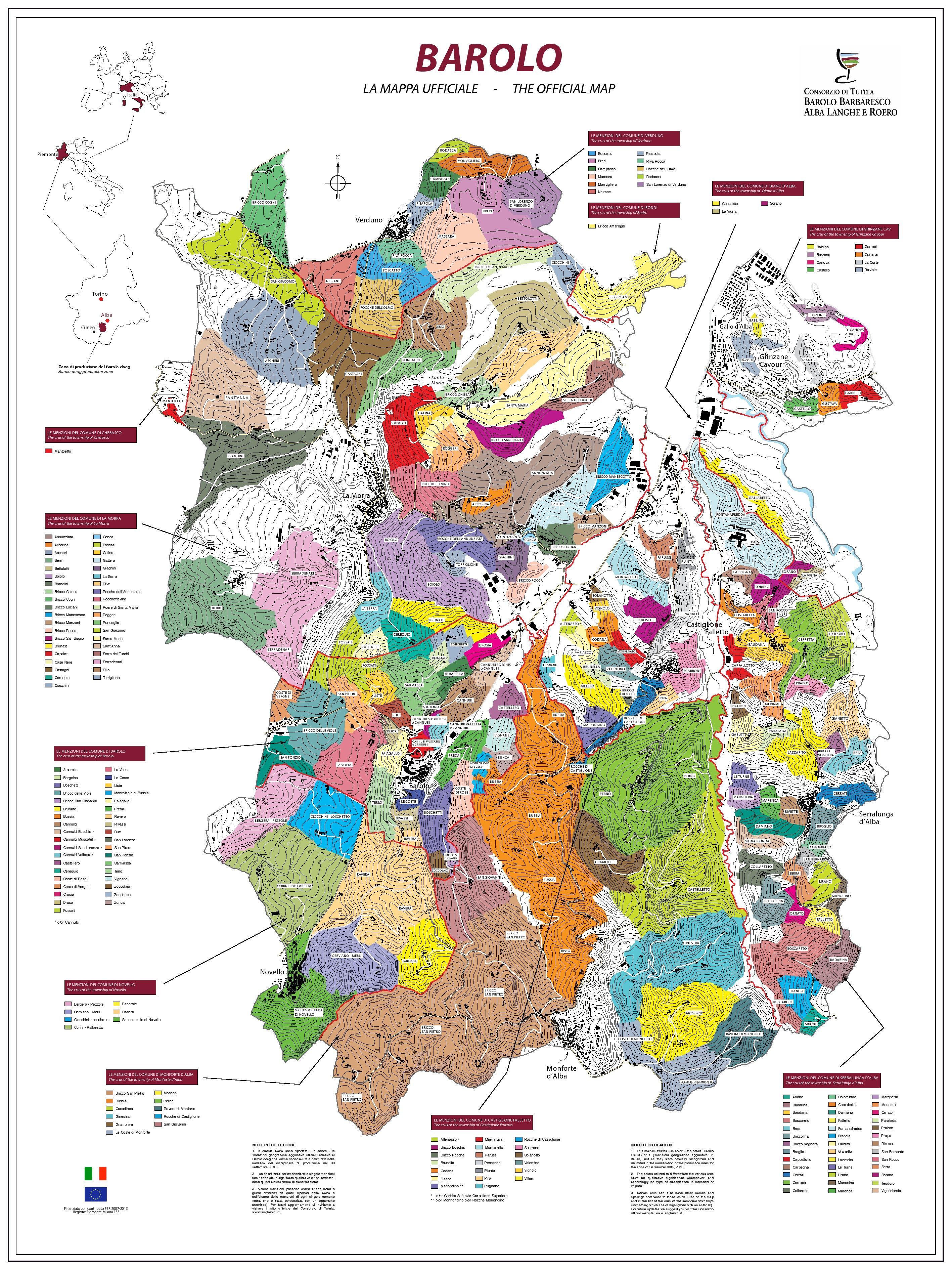 The basic topic was the purchase of several christmas gifts for customers and suppliers.
In the middle of other things, we tried their standard tasting of wines:
Nebbiolo Arcaplá 2016. 1 year in the barrel + 1 in the bootle. It’s possible to feel its youth.
Barbera Campo del Gatto 2015. More fruity and structured. The vine plant is old: it has undergone a thinning in the vineyard, that means less production. That bottle had just been opened, the previous one not.
Barolo Bussia: nothing special for me.
Barolo Campo dei buoi: very spicy, the favourite of american people. And also mine
Barolo Bussia riserva: better than the homonym
Barolo Arnulfo 2011: TOP